The T.R.A.P.T. Agency is in the process of creating a new, hi-tech energy source that will revolutionize how we power EVERYTHING. Without this innovation, we are sure to deplete the earth's current energy supplies and cause major environmental damage that will not be easily reversed. Are you prepared to enlist your services to help in this important task? We have created an online puzzle hunt/escape room which provides a challenging yet fun at home escape room experience. It can be played by an individual, couple, family or corporate team. You can play it in one location or across multiple locations using Zoom, phone, Facetime, or any other similar technology. We ask that each location purchases a separate copy of the game in these situations. The game will likely take between 1 and 2 hours. You will want to play on a computer or laptop (although an iPad or tablet might suffice.) You will need a phone and we recommend paper and pen/pencil to take notes and a printer to print out a few items. You should also expect to use any resources at your disposal to solve the puzzles. The cost is $9.99 + tax/fee per household/location. After purchase you will receive confirmation and instructions followed shortly by a another email with a username/password and your first digital document. Please note, if you purchase this after 12am ET (NY, USA) you will likely get the email with your username and password the next morning our time.

Sarah M: Initially, Project G.O.D Particle feels like an overwhelming sprawl of information to process. However, as you explore, you discover a reassuring amount of guidance throughout the game to help make sense of the sprawl, just like in any well-designed escape room. Thus, the game emerges as a delightful treasure hunt for clues throughout several clever multimedia presentations, requiring you to connect discoveries from throughout its world. The connections themselves are mostly straightforward, so the game delivers satisfaction via the constant stream of discovery rather than through complex puzzling. A solid story ties it all together thematically. Overall, a fun, well-executed experience!

Natasha R: So my husband and I ordered this last night! It took us 1hr and 52m to finish! We LOVED it!! Absolutely worth the price 🤩 Thank you for making something fun that we can enjoy at home during this time. We love escape rooms regularly (including 2 rooms at trap’t, 1 VR at trap’t and 1 room at Panic Room so far…), and thoroughly enjoyed this game just as much!!! 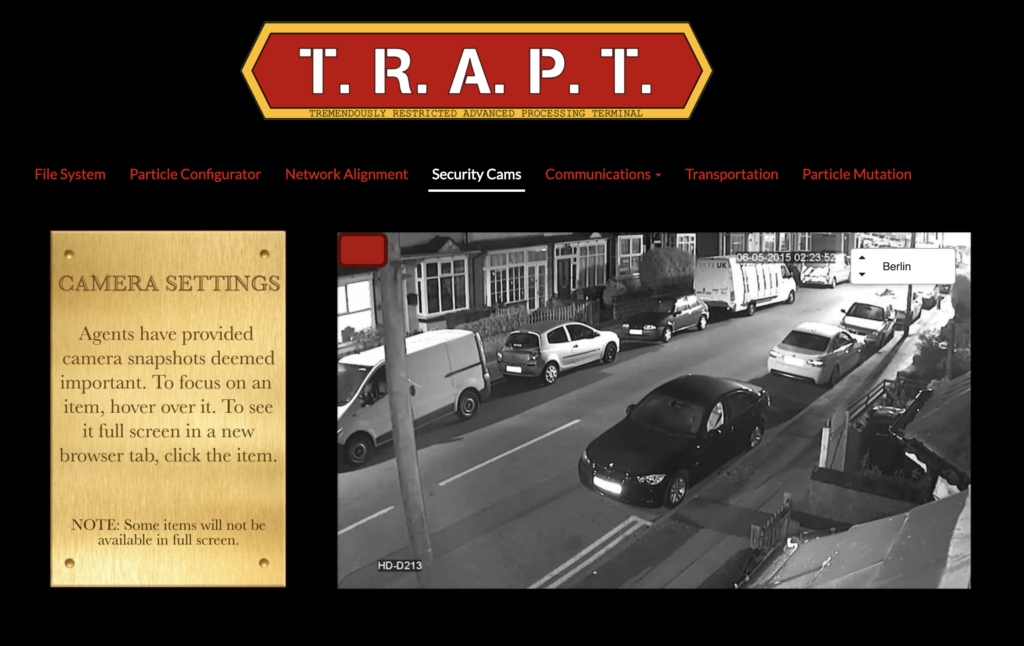