2 or 4 player teams will have 60 minutes to find a way out of these very immersive VR experiences. These are virtual reality experiences that you can not have at home! Don't miss these larger-than-life adventures. Play in a world that would be far too dangerous or dare we say impossible to experience in real life.

Book a private VR session for either 2 or 4 people and then you can choose your virtual reality experience when you arrive. (Only one experience is currently available. Our second experience is expected by March 2019.)

Click here to buy a gift certificate good for any available time slot.

“I encourage escape room players to play Escape the Lost Pyramid if you are anywhere near a facility that acquires the game.” – RoomEscapeArtist.com

Escape The Lost Pyramid is a Virtual Reality escape game situated in the world of Assassin’s Creed Origins.

Welcome to the Animus: The date is February 1928. An expedition led by Sir Beldon Frye disappeared somewhere in the Sinai Peninsula. A team of four and a dozen indigenous porters set out searching for the Lost Pyramid of Nebka or more precisely “something” that should have been inside. They were never seen again.

Using a simulation reconstructed from their DNA memory, you and your team will be put in the shoes of the missing explorers. Will you find out what happened to the expedition, and more importantly locate the mysterious item? 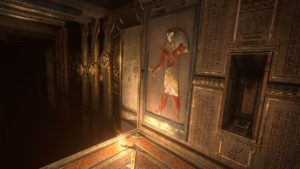 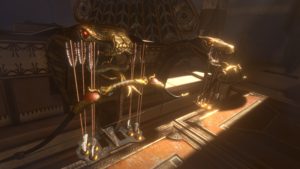 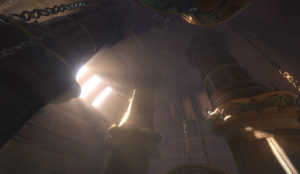 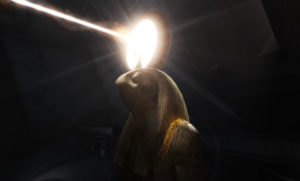 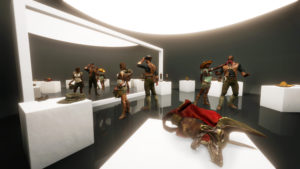 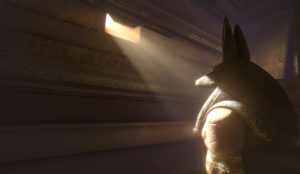